The Vodafone Season of Never harm, nor spell, nor charm,
Come our lovely Lady nigh.
So good night with lullaby.*

In an unprecedented artistic coup, Liam Scarlett, one of the most sought-after choreographers working today, created his first full-length, main stage production, for the Royal New Zealand Ballet, in 2015.

Born in Ipswich and trained at The Royal Ballet School, joining The Royal Ballet in 2005, Liam Scarlett was appointed The Royal Ballet’s first Artist in Residence in 2012. He has created a string of acclaimed ballets for The Royal Ballet, with his first main stage work, Asphodel Meadows (2010) nominated for both a South Bank Award and an Oliver Award and winner of a 2011 Critics’ Circle National Dance Award. His commissions for international companies have included works for New York City Ballet, San Francisco Ballet, Miami City Ballet, English National Ballet, K-Ballet (Japan) and the Ballet Boyz (UK).

A Midsummer Night’s Dream is a co-production with Queensland Ballet. 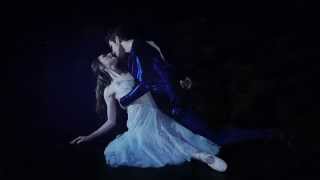 The magic and delight never let up. This is an absolutely splendid production of which choreographer, Liam Scarlett and the Royal New Zealand Ballet can be justifiably proud.

It is serendipity in a production when all the elements come together in one harmonious and glorious whole, but it cannot always be guaranteed no matter the individual talents of those involved. With the RNZB’s sparkling new production of A Midsummer Night’s Dream the company has hit the jackpot.