Join RNZB Artistic Director Patricia Barker in conversation with the choreographers – Sarah Foster-Sproull, Penny Saunders and Andrea Schermoly – to find out more about their artistic process.

Free entry with a ticket to either performance of Strength
& Grace.

On stage at the Opera House

We are proud to present a stunning perspective into the world of internationally acclaimed women dance makers in honour of the 125th anniversary of women’s suffrage in New Zealand and our own 65th birthday.  This evening of dance, inspired by significant anniversaries, will inspire memorable new works by celebrated contemporary choreographers from around the world.

Dance can tell stories that transcend language. As the national ballet company for a young country, the Royal New Zealand Ballet has from its earliest days created and commissioned works which resonate with audiences from our homeland, telling our own stories as well as those from abroad.

In recognition of this significant year in our company’s and our country’s histories, we are inspired by both our past, the great women who have contributed to our nation’s story, and by the many possibilities of dance making in the 21st century.

Join us for a programme of specially commissioned works from some of the world’s most exciting choreographers:

Sarah Foster-Sproull (New Zealand), is creating a work for the first time on the RNZB. She has extensive popularity in the NZ dance community and her work has been performed at festivals both locally and internationally. Sarah’s work for this programme is inspired by female strength. The work explores strength in numbers, endurance, and woman as a deified figure, with a striking new sound score by Eden Mulholland, commissioned specially for this work. Sarah’s work was made possible thanks to donations from Catherine and Steven Fyfe and Judy Salmond.

Danielle Rowe (Australia) is the Associate Artistic Director of SF Dance Works in San Francisco. Her piece will be both a tribute and celebration of the strength, sacrifice and beauty of motherhood. Catch a glimpse into the world of one mother and her son and the ebbs and flows of their relationship over time. Danielle’s work was made thanks to a donation from the Australian High Commission.

Penny Saunders (USA) is Choreographer in Residence at Grand Rapids Ballet. She was the recipient of the New York City Ballet Choreographic Commissions Initiative and Princess Grace Choreographic Fellowship. Penny’s work will focus on the private struggles that were fought within the home, celebrating the conversations wives and daughters dared to have behind the scenes of the public suffrage campaigns.

Andrea Schermoly (South Africa) has danced with Boston Ballet and Nederlands Dans Theater, and won the Outstanding Choreographer award twice at Youth America Grand Prix. Her work is based on the pamphlet “Ten Reasons Why A Woman Should Vote” published in 1888 in which women had to clearly convince, explain and justify their right to political participation. Andrea’s work honours these brave women and their thoughts.

We also thank Dr Cat Pausé for her donation to this programme. Two performances at the Opera House, Wellington, will be complemented by talks and workshops, to inspire artists and audiences alike.

‘The rain that refreshes the parched ground is made up of single drops.’
KATE SHEPPARD 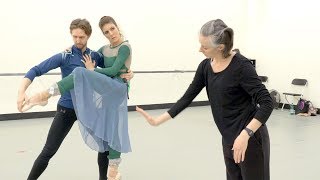 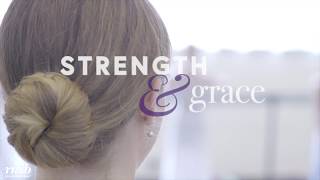 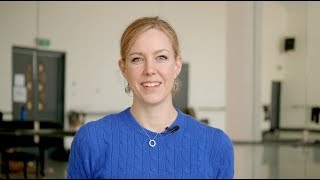