This triple bill features one of the world’s hallmark ballets, the return of an acclaimed work by Javier De Frutos and a new creation by former RNZB dancer Cameron McMillan. The three ballets are performed to the music of Stravinsky.

Ex-pat dancer and choreographer Cameron McMillan returns to New Zealand from London to create a new work, set to Stravinsky’s highly melodic and stunning Scènes de Ballet. Featuring discordant lines that seamlessly melt from one theme to the next, McMillan emphasises the dynamics of Stravinsky’s ravishing score with this thought provoking new work.

A rare piano recording of The Rite of Spring inspired UK-based choreographer Javier De Frutos to create Milagros on the RNZB in 2003. Exploring Stravinsky’s darkly evocative music about the Chosen One and the ultimate sacrifice, Milagros – meaning miracle – is a fusion of influences, from Latin American church traditions to Southern Gothic traditions and medieval religious rituals. Nominated for best new dance production in the 2005 UK Laurence Olivier Awards and Best Choreography (Modern) at Britain’s Critic’s Circle Dance Awards, Milagros is a powerful and evocative theatrical experience.

Petrouchka is one of the most enduring works from the Russian choreographer, Michael Fokine. Set in a bustling Russian fairground, it tells the story of three puppets. Petrouchka, a sad little clown doll; the ballerina doll he so desperately loves; and the handsome Moor, who the ballerina cannot resist. Petrouchka’s futile attempts to be with the love of his life can only end in heartbreak. Stravinsky’s engaging composition for Petrouchka helped cement his place as one of the world’s greatest musical innovators.

One of the great ballets from Sergei Diaghilev’s Ballets Russes, Petrouchka was originally performed by the legendary Vaslav Nijinsky, and remains one of the most coveted roles for a male dancer. 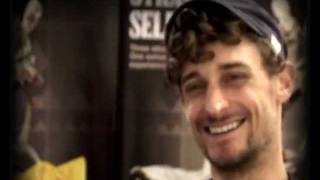 Cameron McMillan's Satisfied with Great Success propels Stravinsky's Scenes de Ballet score into the 21st century with great success. His choreography is razor-sharp and amazing in an abstract panorama of beautifully executed moves...

With their latest tour the Royal New Zealand Ballet has created an all Stravinsky programme which provides an exhilarating evening's entertainment.

The Rite of Spring (for piano roll) by Igor Stravinsky