Great music inspires great dance this winter, as the Royal New Zealand Ballet brings works by two of the greatest choreographers of the 20th and 21st centuries to New Zealand stages, together with an exciting new commission from New Zealander Corey Baker, the first ballet ever created in the frozen wilderness of Antarctica.

Works by legendary Czech choreographer, Jiří Kylián, are sought after and treasured by dance companies the world over. Following acclaimed performances of his Soldier’s Mass in 1998 and 2015, the Royal New Zealand Ballet is honoured to stage two works created by Kylián for Nederlands Dans Theater. Petite Mort, inspired by Mozart’s late piano concertos, was commissioned by the Salzburg Festival in 1991 to mark the 200th anniversary of Mozart’s death, and is one of Kylián’s most celebrated works. It is here paired with Kylián’s Sechs Tänze, created for NDT in 1986.

Great Russian-American choreographer George Balanchine, founder of New York City Ballet and one of the most influential choreographers of all time, considered Mozart’s Divertimento No. 15 in B flat, K287 to be the finest divertimento ever written. We are excited to add Balanchine’s Divertimento No. 15, created in 1956 for 16 dancers of New York City Ballet, to our repertoire in 2018, and are delighted to welcome Francia Russell, a celebrated interpreter and teacher of Balanchine’s works, to New Zealand for the first time to stage this work for the RNZB.

The dancers of the RNZB will be accompanied by live orchestra in Wellington, Auckland and Christchurch. 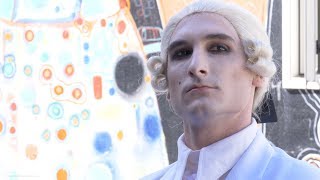 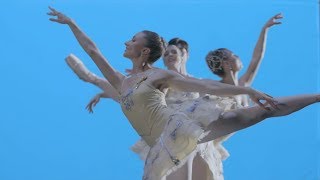 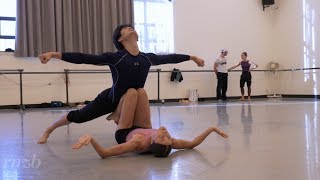 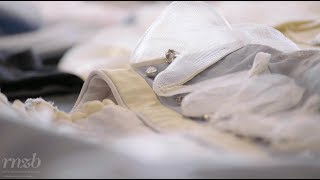 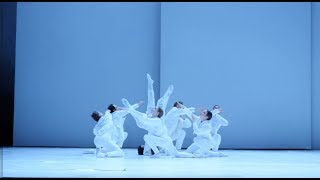 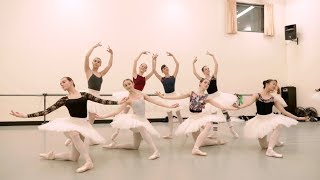 Elegant courtiers one moment, darting swallows the next, the music of Mozart and the dance meld into a sumptuous and satisfying feast of theme and variation, canon and counterpoint.

Dancing with Mozart is a journey from classical, familiar prettiness to farcical surprise. In four parts, the company has plenty of opportunity to express personality and their joy in their work.

Dancing With Mozart is a wonderful opportunity to be reminded of – or introduced to – the glorious talent, athletic strength, and commanding versatility of our national ballet company.