Two landmark works of 20th century dance, never before performed in New Zealand, are here given their first performances by the Royal New Zealand Ballet. Combining explosive drama with high-voltage technique, this programme of two iconic works by French master-choreographer Roland Petit (1924 – 2011) will be a white-hot start to the RNZB’s 2017 season.

It is high summer in Provence. On his wedding day, a young man is captivated, then obsessed, by an unknown, unseen woman – the ‘girl from Arles’. Consumed by his vision, he abandons his bride, losing his reason and ultimately, his life.

Drawing on Provençal folk music as well as original themes, Georges Bizet composed incidental music for the premiere of L’Arlésienne, a play by Alphonse Daudet, in 1872. While the play is now seldom performed, Bizet’s L’Arlésienne Suites are frequently heard on the concert platform. Roland Petit’s intense one-act ballet, based on Daudet’s play, was created for the Ballet National de Marseille, the company founded by Petit, in 1974.

Who is Carmen? Temptress, free spirit, victim or villain, she lives and loves on her own terms. Whatever claims a man may make on her body, her heart and her mind are her own.

Bizet’s opera Carmen, based on a novella by Prosper Mérimée, was first performed in Paris in 1875. The opera’s lurid story, and especially its working class setting, created a scandal, but Carmen has gone on to become one of the most popular works in the operatic canon, inspiring works in other genres, from musicals to notable ballets.

Roland Petit’s Carmen was created for his company, Les Ballets de Paris, and was premiered in London in 1949. Roland Petit’s wife, Zizi Jeanmaire, took the title role, while Petit himself created the role of Don José, Carmen’s jealous lover. Carmen is Petit’s most frequently-performed work, with the title role eagerly sought by dancers with a flair for drama.

L’Arlésienne and Carmen are staged with permission of the Roland Petit Trust.

Running time is approximately one hour and three quarters, including a 20 minute interval. Latecomers may not be admitted until the interval. 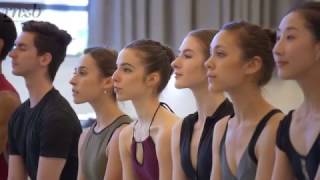 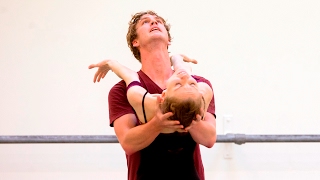 "Should not be missed"

" a sparky, brash style of performance"